PHILATELY AND LINKS TO THE CIVIL WAR

Several of the covers I have bought over the years have become quite collectible, sometimes due to their scarcity and age, other times because of the subject matter. The first cover in my collection to display and the oldest I have so far been able to locate is one for a business reply card with the postal stamp being that of General Phil Sheridan. Age of the cover is not known and as the postmark only shows January 5 at 7 p.m. from Newton Center, Massachusetts, I’d assume that it was around the turn of the century, being for one cent and with Sheridan’s death date 1888 the only known reasons. 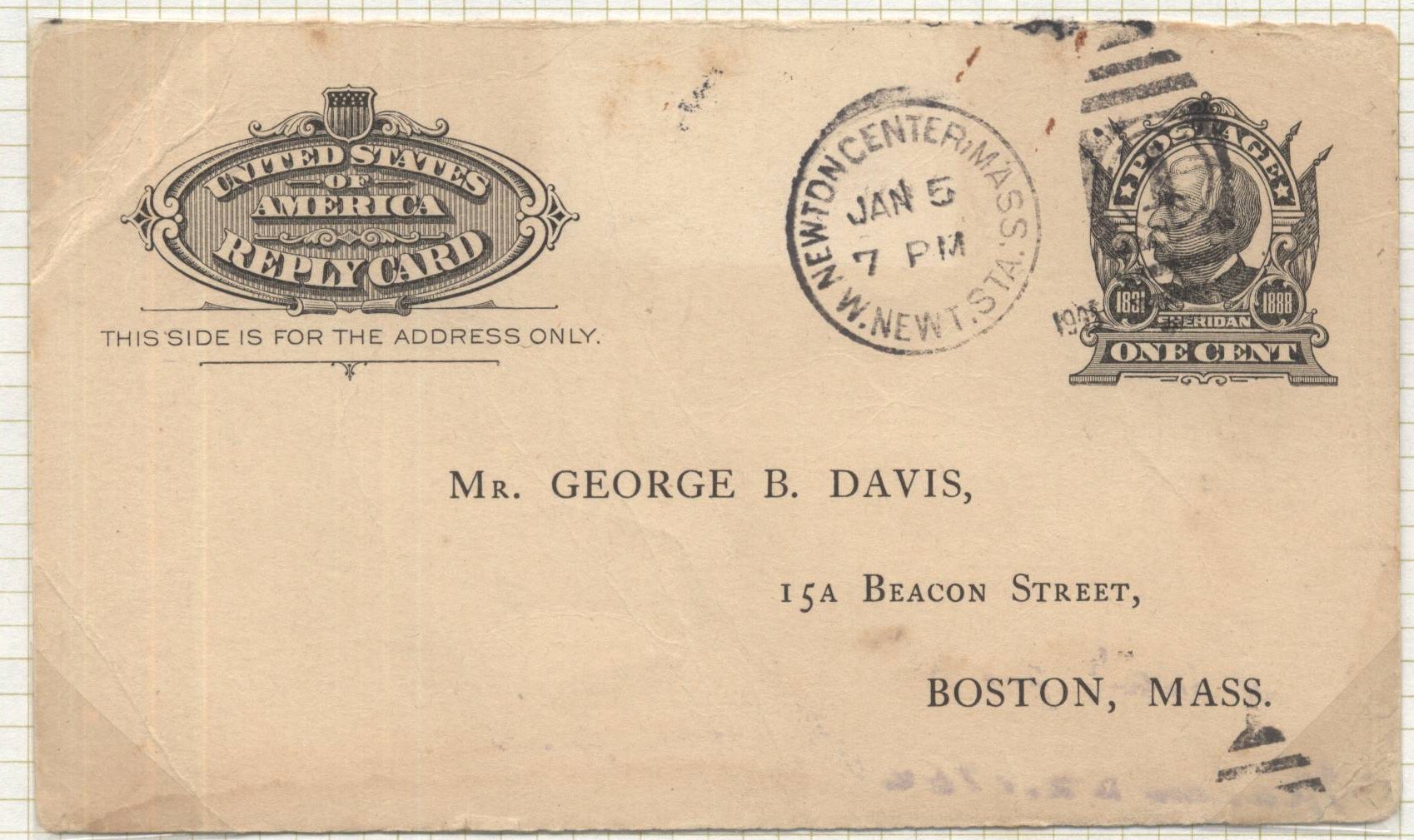 The second-oldest cover in my collection is for the Petersburg National Military Park and dated at Petersburg, Virginia, on June 20, 1932, the date of dedication of the park and is tied with a 3-cent Abraham Lincoln stamp. 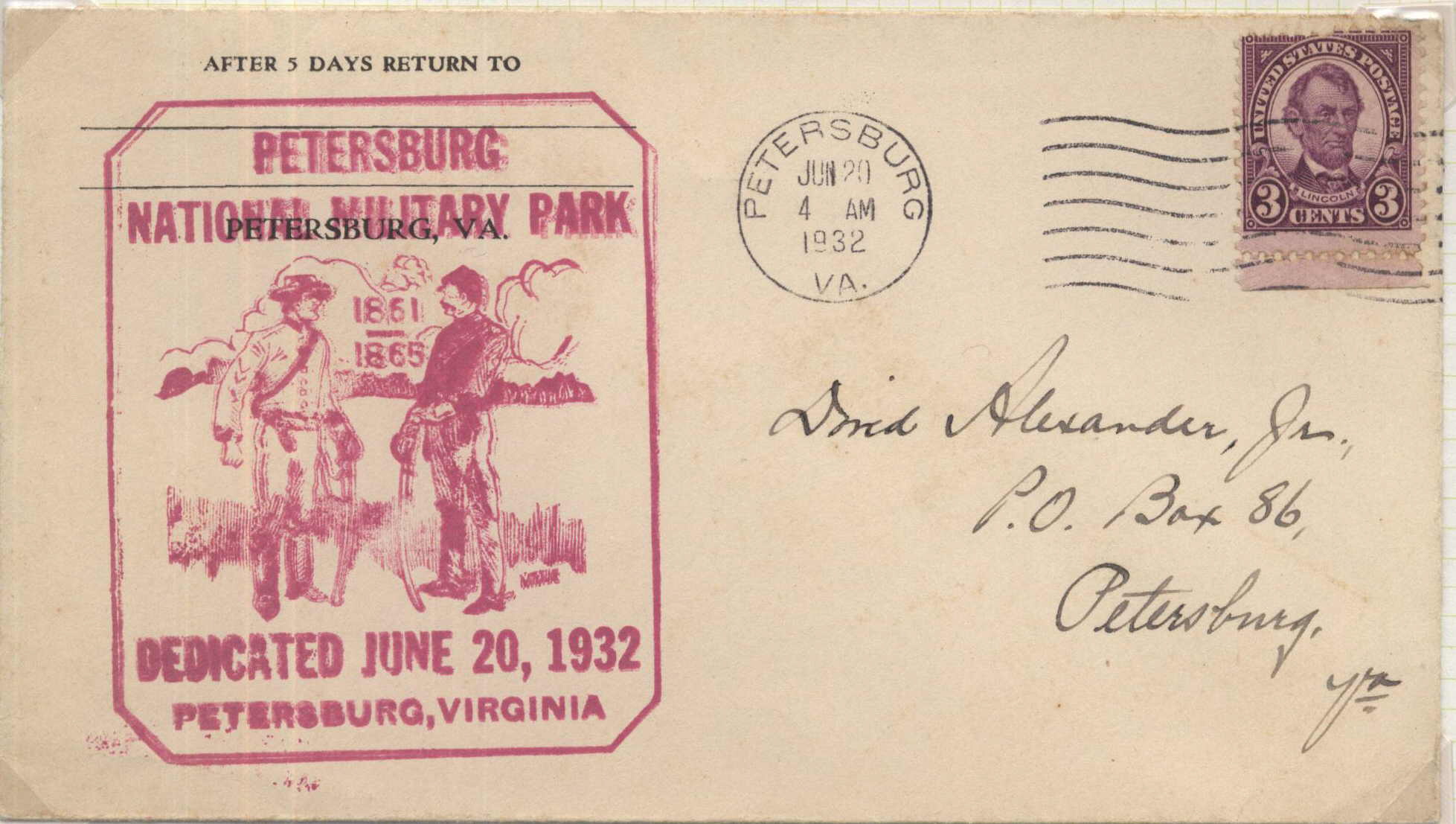 Third cover is postmarked from Washington, D.C., 30 May 1933, the traditional Memorial Day commemoration each year. With a cover of a Civil War veteran and noted "In Memorial to those who gave their lives for their country, I assume that the cartoon version of the Civil War veteran is one from the Union as the Confederate Memorial Day was held at a different time. Memorial Day ceremonies were supposed to have started by General John Logan in 1866 to memoralise the fallen of the war. In this instance the stamp to cover postage does not have a relationship to the subject of Memorial Day. 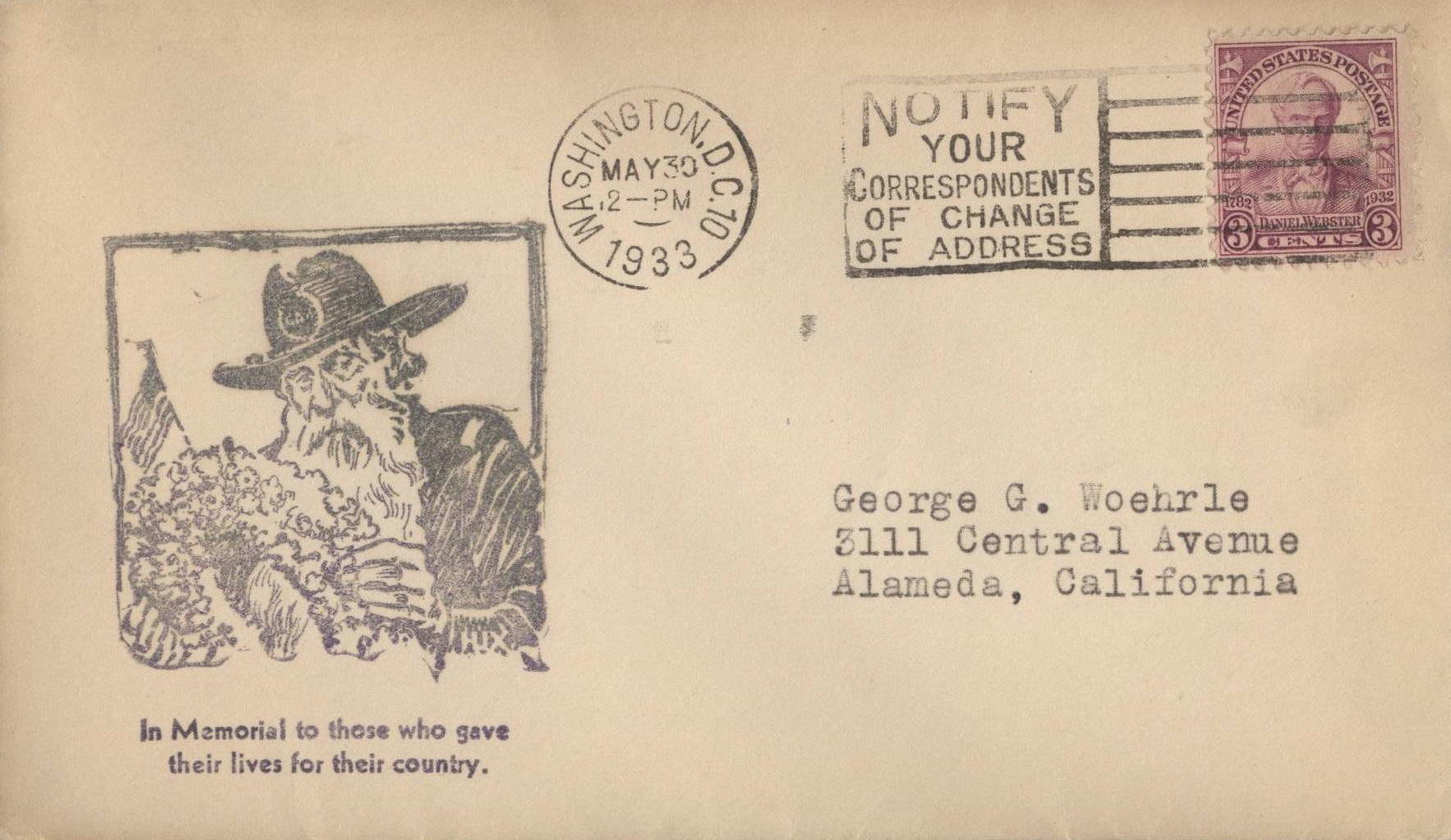